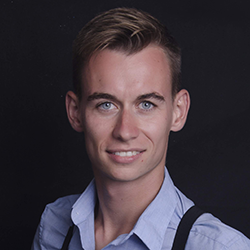 Get in touch
Recently on my blog

CoffeeScript is not that bad

It’s been more than 1 year since I started dating CoffeeScript.

Before that, I’ve been developing in native HTML, CSS, JS, PHP languages for long, but later, (propably when I met Ruby on Rails for the 1st time) I instantly learned and loved code syntaxes in which:

Jade/HAML, SASS/LESS/Stylus, CoffeeScript, Ruby syntaxes all fit in that. And well, I fell in love with them!

Just look at those examples:

“There Is More Than One Way To Do It”, but which is the correct one?

However, after first weeks of development in Coffee & Ruby I noticed one thing: the fact that those languages are TIMTOWTDI doesn’t imply you can code in a whatever way you like (or even worse: every time in a different way). You should still obey some rules while coding in your hipster-beatiful language like Ruby or CoffeeScript. Of course, you can already find some of these rules in the internet - upon the name Style Guide:

Basically, every time you learn a new code syntax, the first thing you should do (after learning its’ manual), is to read its’ style guide. Having badly indented code, or having your if/elses formed in 15 different ways throughout your code, is one of the most silliest and childish mistakes you can make while coding.

However, sometimes, (especially in CoffeeScript, because of TIMTOWTDI), keeping to the style guide is just not enough, because you start to wonder:

Everytime you think about it, you lose ~5-60 seconds of your precious “coding-flow”. We don’t want that; we should avoid it to maximise our coding effectivness.

I recommend obeying to one more, general, but very useful rule:

If you are thinking for more than 5 seconds about how to write a specific chunk of code, then

So, instead of complaining ([1], [2]) that it’s impossible to write good, clean and readable code in CoffeeScript, please, use a style guide and e.g. use parentheses/braces whenever you feel the lack of them may confuse another developer in your team.

The fact that you can skip all the parentheses and braces in your .coffee code doesn’t mean you should always do that. It’s up to the programmer’s case, not to the language, to make the code readable. You can easily write unreadable code in C++ or Java also. That’s why you have style guides for them too.

Obviously for me, CoffeeScript is a much better language to write in, than the current version of vanilla JavaScript (ES5).

But what about the new version of JavaScript, “Harmony”, ECMAScript 6? It’s not implemented in the browsers yet, but you can already set automatic compiling of ES6 to ES5 with tools like Traceur, in a similar way as CoffeeScript.

After short research, seems like ES6 would be a better alternative than Coffee for a new JS project, because:

Looks like Harmony will be a good compromise for both vanilla-JS lovers and CoffeeScript hipsters. One thing still hurts me though: in ES6 I still need to write all the parentheses and semicolons. And I hate writing those }); !

So, at least for now, I’ll stay with CoffeeScript.